Greymoor is an upgrade DLC to the massively multiplayer online RPG The Elder Scrolls Online. The expansion introduces a brand-new area of Greymoor – the titular region set in the west of Skyrim. There, an evil Vampire Lord rises from his slumber, aiming to take over the land for his hellish legions. Aside from a new region to explore and a new story to experience, Greymoor features several new gameplay mechanics, such as Antiquities system, new trials, world events, and rewards. Greymoor was met with positive reception. Initial impressions of the game noted how welcoming it was towards the players who had never played ESO before, setting a new world and new story for them to explore.

A new world to discover

Greymoor offers the player a chance to experience The Elder Scrolls Online gameplay even if it is their first trip to Skyrim. The action of the expansion is set 1000 years before the Dragon-born embarked on his quest to defeat Alduin and introduces new story and characters. The player will be able to create a new character for themselves and experience everything that Greymoor has to offer. 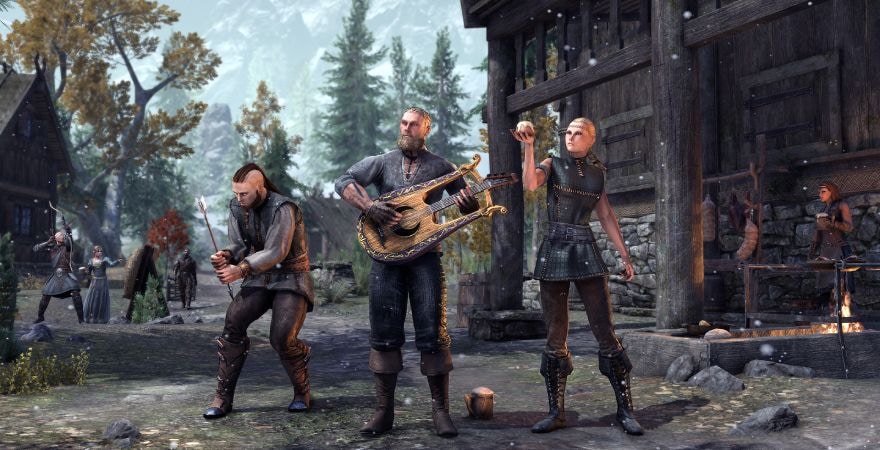 The expansion adds new features, including new world events in the form of Harrowstorms. These fell whirlwinds plague the region, turning everything they touch into monsters and draining the land of all life. Shutting them down will be one of the player’s tasks in the area. New trial missions – Kyne’s Aegis – will pit the players against Sea Giants in defense of a besieged fortress. Last but not the least, there are new rewards, locked in the chest scattered across the region. They contain various items, from collectibles to achievements, and beyond.

The Antiquities system is another new addition to the gameplay, through which the player can learn of the Tamriel’s past. By excavating artifacts from the past, the player can gain precious knowledge into the land's history and make their name known as a successful archaeologist.

1000 years ago, Tamriel was a land of peace. Evil forces sought to destroy that peace and bring about their own rule of terror. The Vampire Lord, an ancient being from Tamriel’s dark past, rises in the west of Skyrim. In the snows of Greymoor, he is gathering his forces to strike against Tamriel and bed it to his will. It is up to you to stop the evil from spreading across the land. Are you up to the challenge? 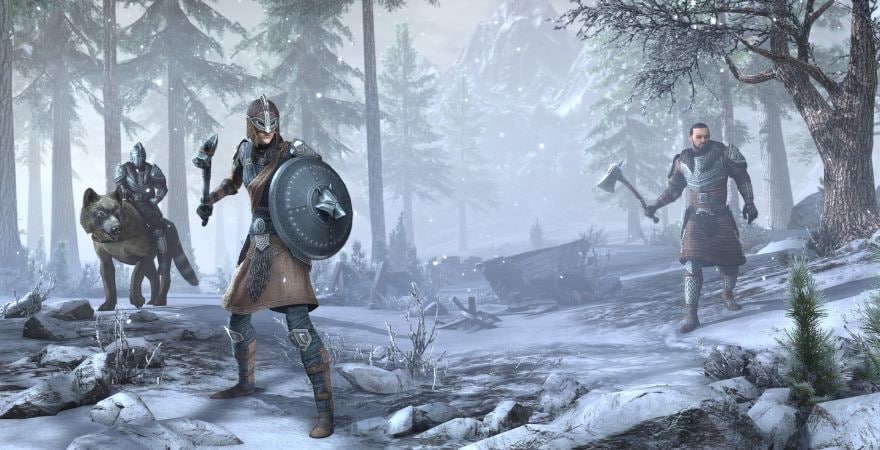 Greymoor received a positive initial reception. Among the superlatives, the critics noted the developers attempt to introduce Skyrim region to a new batch of players, who may be unfamiliar with the region’s rich lore. Another feature that was well-received by reviewers was the Antiquities system, which introduced a bit of historical digging into the usual gameplay of The Elder Scrolls Online.