Vertigo Remastered is a complete overhaul and occasional reimagining of the 2016 original, bringing modern VR gameplay, new content, and countless fixes/improvements to the table. It's a classic premise - a massive subterranean scientific facility full of mysteries, with aliens bursting in from alternate universes to wreak havoc.

The twist? You're one of those aliens. But you're not here to wreak havoc (collateral damage disregarded), you're just trying to get home. A difficult endeavor, as it turns out this facility is more than prepared to deal with extraterrestrial threats. 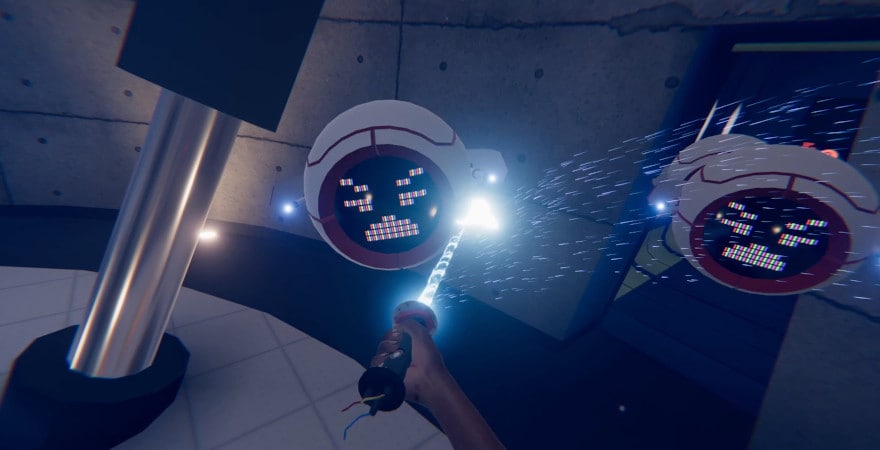 Explore the sprawling underground facilities of Planck Interdimensional's Quantum Reactor, filled with dark secrets, adorable drones, and parallel universes. You find yourself in the bowels of this machine after being whisked away from your home, and, armed with only the tools you can find, you must make your way to the surface, and the truth. Face the challenge of escaping the depths of the Quantum Reactor.