House Flipper is an original and interesting builder-developer simulator created by the Polish studio, Empyeran. The game allows the player to buy old and devastated apartments and fully renovate them. The publisher of the game, PlayWay, is also known from the titles like Car Mechanic Simulator and 911 Operator.

Apartments that players can buy very often will require much more than just new paint on the walls – electricity installations, water pipes, etc. also require fixing or upgrading. In addition to that, the player will have to buy new furniture, and other home appliances to attract potential buyers.

Developers put their effort into making House Flipper game a realistic renovation simulator. The player takes the role of the investor who buys old apartments and renovates them. After the renovation, such apartment can be sold with significant profit. The problem is that we can never be sure what will greet us after entering an old apartment. With the help of many different kinds of tools, players have to become a one-man renovating crew. 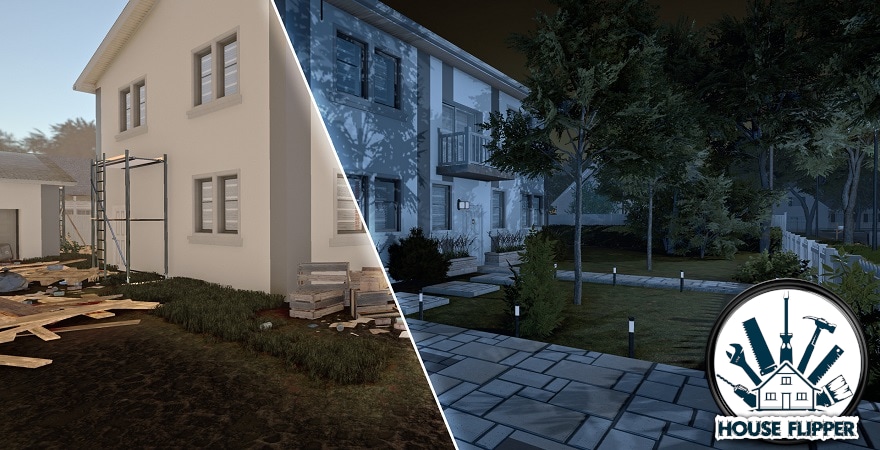 Apartments often require new paints, installations, and even demolition. It is worth to mention that renovation is not our only task. Players should not forget that no apartment can remain empty. In order to prevent the ‘emptiness’, we have to buy the essential furniture and place them in the house in accordance with personal preferences and sense of style. Before we can put our newly renovated apartment on the market we have to remember to clean all the mess we have made in the process. Selling an apartment will allow us to earn money which can be spent on the next investments and better tools which will significantly improve our efficiency in the next projects.

House Flipper for PC was warmly welcomed by most of the players and became a bestseller on Steam. According to the Steam platform, over 94% of recent player’s reviews are positive which is a very high score. It is also worth to mention that House Flipper was awarded with PGA (Poznań Game Arena) Best Polish Indie Game of 2018.