HMS Victory was designed by a prolific Sir Thomas Slade. By common consent, Slade was the greatest British naval architect of the century...it was generally agreed (even by themselves) that his successors, though competent designers, never matched his genius. 8 out of 33 ships at Trafalgar were designed by Slade.

HMS Victory admirably suited to Britain's strategic requirements. She was launched in 1765 in the Old Single Dock and had an illustrious career having participated in the

The ship has original figurehead and a decorated stern gallery. This is the first time someone can sail the beautiful classic version of HMS Victory as built in 1765. 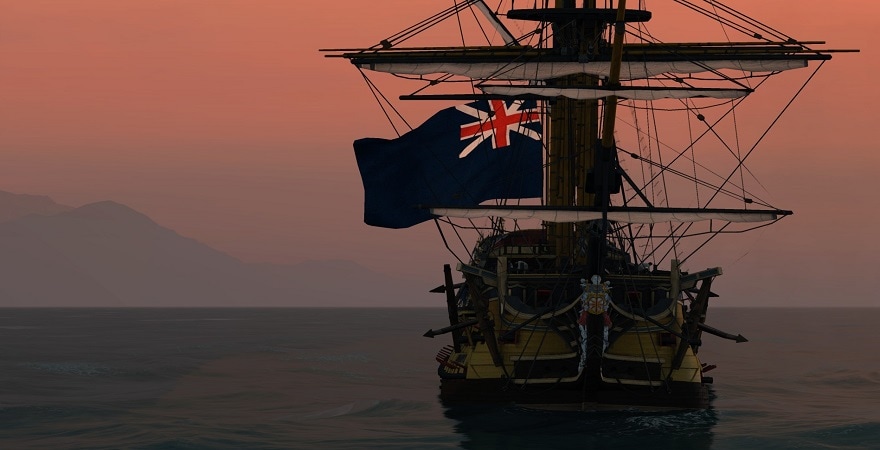 About premium consumable vessels.Premium ships cannot be captured by players or traded. You can request this vessel from the admiralty once a day as long as you dont have the same vessel already in your docks. You will be able to request the frame and planking wood type when ordering a ship. Admiralty requests for this ship will be completed instantly. You must have an appropriate rank to sail it fully crewed.

Imported DLC ships are perfect if you just want to jump into action quickly, ignoring hauling of resources, just buy guns, repairs and you are good to go. DLC will appear in your redeemable list after you dock to any port.This is a premium consumable ship. It is not refundable.

Warning!This content requires the base game Naval Action on Steam in order to play.
This is a premium consumable ship. It is not refundable.