Sniper Elite III is a TPP shooter game with elements of stealth. The title takes the protagonist, Karl Fairburne, to the African front, where his target is Nazi General Franz Vahlen. SE III retains the mechanics from the previous installments and introduces reworked stealth and a system of points rewarding successful kills. SE III received solid reviews from the critics.

Sniper Elite III is a TPP shooter game, developed and published by Rebellion Developments. The game is the third installment of the Sniper Elite series and features a similar combination of shooting and stealth gameplay. The story of the game occurs in 1942 on the African front. Karl Fairburne, the top sniper of Special Operations Executive, is sent to eliminate General Vahlen and retrieve the plans for his top-secret military project. Sniper Elite III was met with solid reception from the critics, who praised the game's emphasis on strategic thinking, open environments, shooting mechanics, and approach to stealth gameplay. 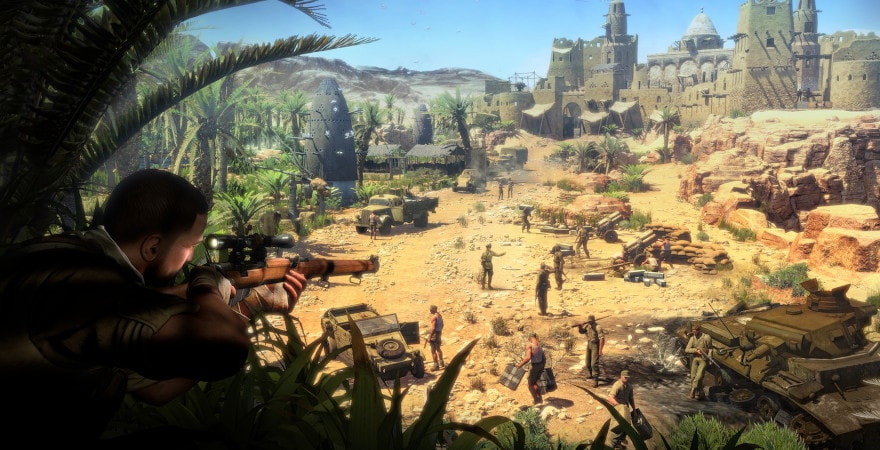 Sniper Elite III introduces several improvements in terms of gameplay. The core mechanics are still focused on taking down enemies from a distance using a long-range rifle. Taking down faraway targets requires a dose of strategic thinking from the player, especially when it comes to finding a good vantage point. SE III's open mission areas give the player a lot of room in planning their kills. Aside from the rifle, Fairburne can use submachine guns, pistols, and grenades, in close combat.

Stealth is an aspect that was significantly revamped in comparison to the previous installments of the series. The HUD includes an eye icon, indicating whether the player is visible to the enemy. When enemy soldiers become aware of Fairburne's presence, a circle meter will appear over their head, slowly filling up as they near the sniper's hideout. The game encourages the player to be always on the move to avoid immediate detection. Carrying out successful long-distance kills and stealth assassinations rewards the player with points, which raise their overall rank in the game. 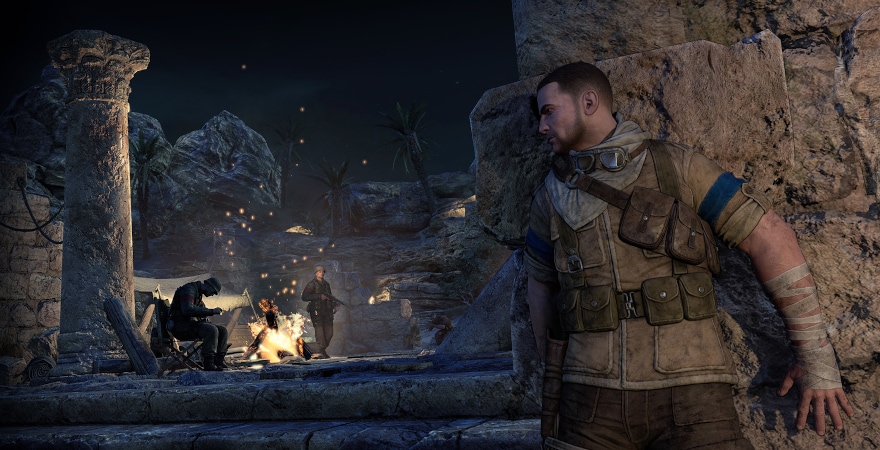 The X-Ray cam makes a return from Sniper Elite V2. Shooting the enemy soldier in a specific body part may trigger a slow-motion camera to zoom in on the target, showing in gory detail what damage has been done to their internal organs.

Sniper Elite III features an online multiplayer with five competitive modes: solo and team deathmatch, Capture the flag, Distance King, and No Cross. Multiplayer mode can be played on a variety of open maps.

Karl Fairburne, a master sharpshooter and SOE's top operative, returns to action! This time, he is tasked with taking down general Franz Vahlen, a Nazi officer who plans to use a secret weapon to turn the tide of the war. Fairburne travels to Africa, where he joins the British effort against General Rommel's forces while hunting down Vahlen and his secret superweapon!

Sniper Elite III received generally positive reviews from the critics. While the reviews noted some issues with writing and level design, general gameplay mechanics were praised. Special mentions went to the X-Ray camera and stealth mechanics.

Warning! This product is region-locked, it CAN be activated and played ONLY in North America.
System requirements