The game gives players an opportunity to explore the vast galaxy and create a huge, space empire. High quality, detailed graphic delivers an incredible gameplay experience. It is worth mentioning that the world of the game is procedurally generated which significantly diversifies the gameplay.

Lithoids are intelligent, rock-based species. They are characterized by big size, survivability, and longevity of life. They feed on minerals and are known to be able to live in almost any environment. 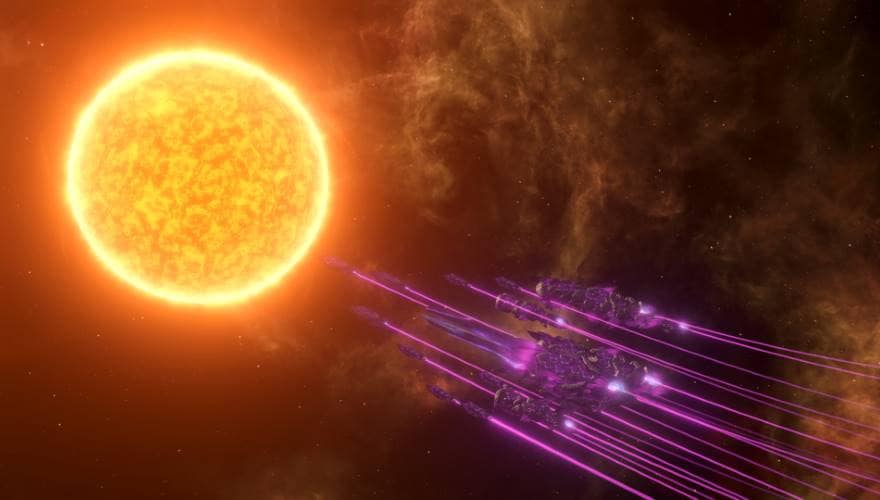 The Stellaris Lithoids Species Pack DLC received mostly positive reviews. Players claim that the new Lithoids race is a fine addition to the game. According to players, representatives of the new race are unique and offer a lot of interesting mechanics.

The game starts with choosing the player's nation. Even though the developers have prepared a rich selection of premade races, the game features a character creator that can be used to modify, and create your own race. Players can decide about many different aspects concerning their race, such as the mother planet, functioning in the empire political system, the first ruler, and even the etiquette.

After creating a race, players can begin their galactic conquest. During the gameplay, players must take care of stable food supplies, find necessary minerals, establish trade routes, and conduct research which will help to develop your empire.

While exploring huge, galactic space, players will often encounter representatives of other races. The game features a complex diplomacy system that allows developing a number of hostile or friendly relations with other residents of the galaxy. The diplomacy system may be used for conducting migration agreements, share research, form military alliances, or declare wars. 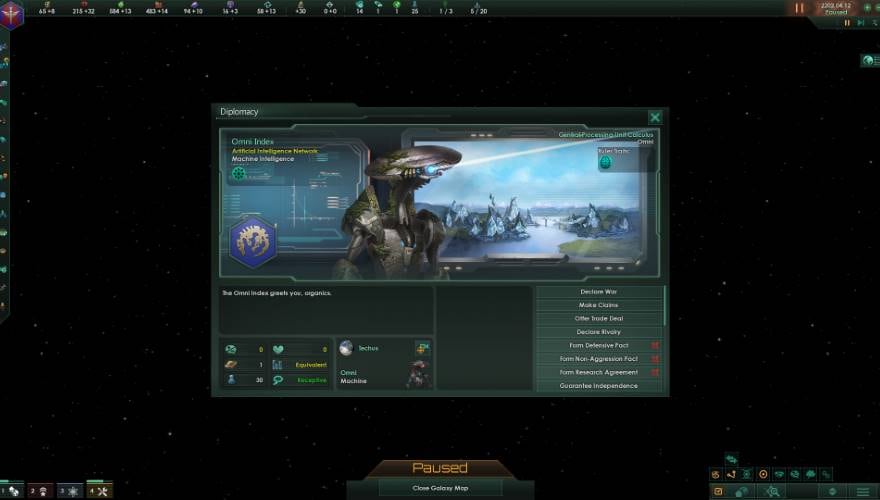 The developers decided to implement an interesting crisis mechanics. In the later phase of the game, each race will have to face some kind of devastating event that will diametrally change a number of elements and can be the cause of extinction for many races.

It is worth adding that the gameplay in Stellaris is based on the system os so-called anomalies. While exploring the galaxy, players will come across a variety of random events, both, positive, and negative. Developers themselves claim that it is impossible to experience all the anomalies in a single playthrough, and that is why the game is highly replayable.