The Dark Pictures Anthology: Little Hope is the second installment of interactive drama survival-horror game, developed by Supermassive Games and published by Bandai Namco Entertainment. Like it's predecessor, Man of Medan, the game presents the player with an unfinished story, told by the mysterious Curator, who requests the player to help him write an ending to it. In Little Hope, a group of students and their professor are stranded in the titular New England town, haunted by its cruel past. To find their way out, they must discover their connection to the town's dark history.

Little Hope received a positive initial reception. The critics praised the game's setting, visuals and voice-acting, as well as plenty of scares.

Little Hope follows the gameplay mechanics of the previous Supermassive titles, Until Dawn and Man of Medan. The player follows the story told from the perspectives of a group of people. The player can control each of them at different points in the game, making choices, and selecting dialogue options. 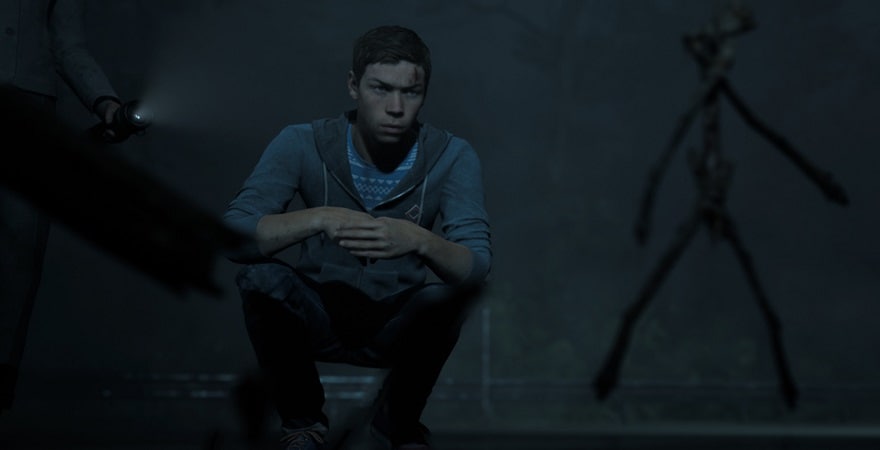 The choice of dialogue and actions will determine the relationships between the characters and the outcomes of certain situations. For example, a high relationship with a certain character will make them more sympathetic towards the player, while a low relationship will cause them to be distant or even hostile. The player's choices will also determine which of the characters will live through the ordeal.

Like the previous installment of The Dark Pictures Anthology, Little Hope can be played in multiplayer. There are several ways to enjoy the game with friends, including an online co-op and the "Movie Night" mode, in which the players choose their characters and take turns playing as them.

The Curator has found yet another story he wants you to finish. This time, he takes you to an old New England town of Little Hope. A group of students and their teacher become stranded there and discover that the town was witness to hunting and executing women accused of witchcraft. The students find out that their own pasts are tied to the town's history, and finding the way out of there will mean facing it. But will everyone be able to survive the ordeal?

The initial reception of The Dark Pictures Anthology: Little Hope was met with a positive reception. The critics noted the setting and visuals as high-points of the game. They were also full of praise for the voice performances of the cast, which includes Will Poulter - an actor known for his performances in The Chronicles of Narnia and The Maze Runner series.