AO Tennis 2 is the second instance of the Australian Open series tennis games featuring numerous celebrities from the world of tennis as well as venues and possibilities to create new ones. The game was developed in collaboration with the organizers of the Australia Open tennis tournament allowing it to faithfully represent the original event.

The game presents you with many possibilities to participate in tennis matches such as the quick game custom scenarios, or the online mode, however, if you wish to learn the true nature of a tennis player you can choose the story-driven campaign mode. Create your own player and take him or her up the ladder in Australian Open tournament, taking care of financing, managing the events as well as keeping good relations with the sponsors and public. To climb up the fame ladder and stand on top of the leader board you will have to face such famous players of the ATP or WTA as Angélique Kerber, Rafael Nadal or Ash Barty. 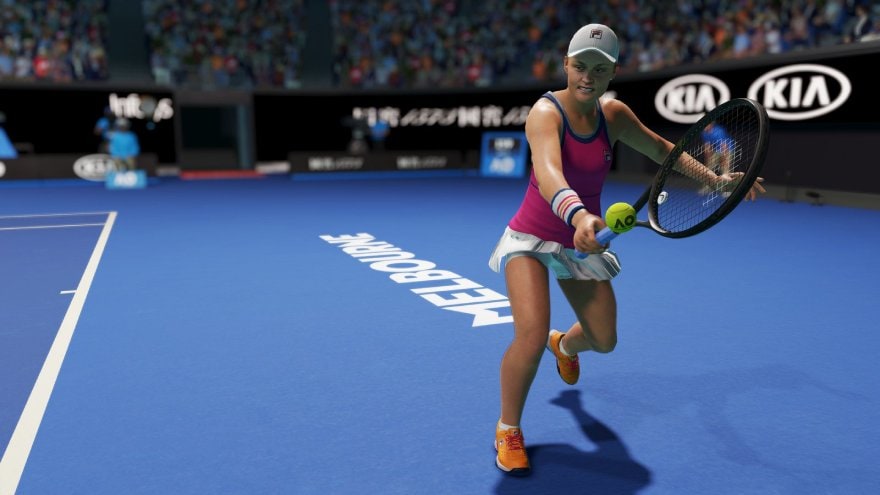 AO Tennis 2 game puts a special emphasis on the narrative-driven story in the campaign mode with a reputation system, press conferences time management, cinematics and more. Your actions are going to matter not only on the court but also outside since your reactions and answers on press conferences may influence the way sponsors and the audience looks at you. For that reason, you might want to play your cards right and get on the good side of the audience or develop a different character of your player the way you want it to be.

Your player and your court

Thanks to the advanced editor and the community you can create your own players with not only the looks but also statistics of your choosing, and, what’s more, you can share your creation with other players and make use of the whole library of created content. Aside from creating your dream player, you can make your own venues with different playing surfaces and conditions realistically influencing the gameplay or select from those already created by others. Additionally, the scenario editor helps you to design your own matches in case you want to try your chances in custom situations.

The game received many improvements allowing it to reach a more immersive and realistic effect on the player. Upgraded animations, story mode, cinematics, more impact of the management, clothing physics, realistic sounds making it feel like you are participating in a real event are only a few of the changes introduced in AO tennis 2.