Venturing far into the snowy landscape and deep into the ruins beneath, the player will face the challenges left behind by the former inhabitants of this world.

Beyond Light is the fifth expansion to Destiny 2 – a multiplayer first-person shooter developed and published by Bungie, the creators of the classic Halo series. BL takes the player to Jupiter's ice-covered moon of Europa, where the races of an ancient civilization have been found, and deep into the dungeons beneath the frozen surface, taking on the challenges of the Deep Stone Crypt. The expansion features new exotic gear, new raid mission, and new superpower – Stasis.

In Destiny 2, similarly to the previous game, the player takes the role of one of the three classes of Guardians: Titan, Warlock, and Hunter and takes on missions in semi-open locations. Each class possesses different skills, which can be upgraded through leveling up the player character. The game is based around MMO mechanics, in which groups of players take on various quests, including raids against powerful bosses. D2 also features a PvP mode in which the players compete against each other in various types of matches.

Destiny 2 Beyond Light introduces the player to a new location – Europa, one of the largest moons of Jupiter, covered in a thick layer of ice. The player will be able to explore the moon's frosty surface, as well as the hidden ruins of ancient civilizations below it. Both the frozen frontier and the deep tunnels beneath hide a variety of treasures the player can collect, as well as different challenges to take on. One of them is a brand new raid mission, in which the players will face against the dangers of the Deep Stone Crypt. 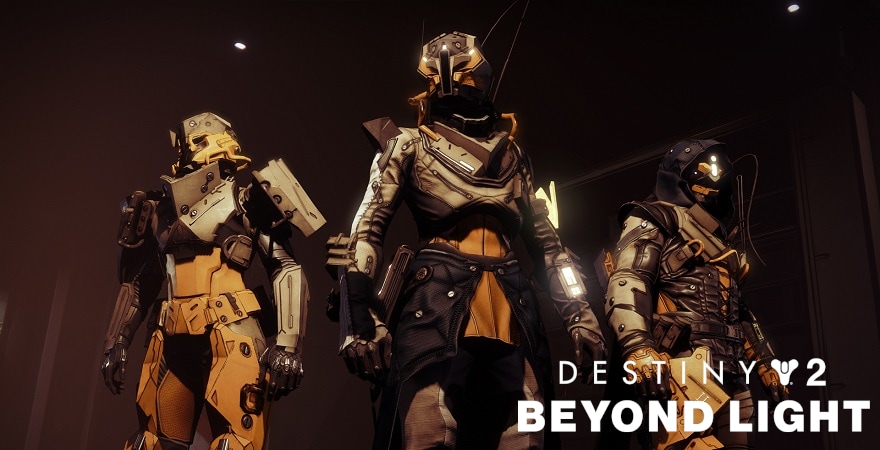 Aside from Europa, various locations from the original game, including the Old Russian Cosmodrome.

Experience a new kind of power

Fueled by Darkness, Stasis is the new elemental power the player can wield against their enemies. The player can cast it against the enemy to slow down their advance or crush them in a powerful forcefield. Each character class will have access to different Stasis powers, helping them take over the battlefield and dictate their pace of combat to the enemy.

Alongside new location and power, Beyond Light DLC offers the player brand new gear they can equip to their characters. The frozen European tundra hides many treasures, and locating these exotic toys might not be easy. But, with time and dedication, the player will be able to unearth the ancient relics of a forgotten civilization, powerful weapons used by the previous inhabitants of the deep ruins. Using them in battle against the elements and others might give the player exactly the kind of advantage they need to tip the scale of victory in their favor.

Destiny 2: Beyond Light received a positive critical reception. The first impressions of the expansion praised the game's new location, filled with unique loot and expanding the lore of the game. The underground ruins were also commended for their design and the raid mission in the Deep Stone Crypt. The reviewers noted the new ability of Stasis as an interesting addition to the gameplay mechanics of Destiny 2.

This content requires the base game Destiny 2 on Steam in order to play.
System requirements