China, the country that is divided into three kingdoms each with its separate autonomy and rulers. It is your task to make them come together and become a unified country by taking over the other territories. Decide which color will paint the whole map and make it your own. Fans of strategy games will find themselves at home and newcomers will be able to jump straight in with the set of tutorials prepared for less advanced players. With a large amount of content to play through and custom characters creation, you will be able to spend many hours in ROTK XIV video game.

Romance of The Three Kingdoms 14 Gameplay

As a player, you can choose one of the three kingdoms, each of them represented by a different color. In order to start attacking other kingdoms, you have to reach the rank of  “Duke” which allows you to start your own war campaign. With the Campaign command, you can deploy a large number of units from various bases located in different districts to attack the desired enemy province. 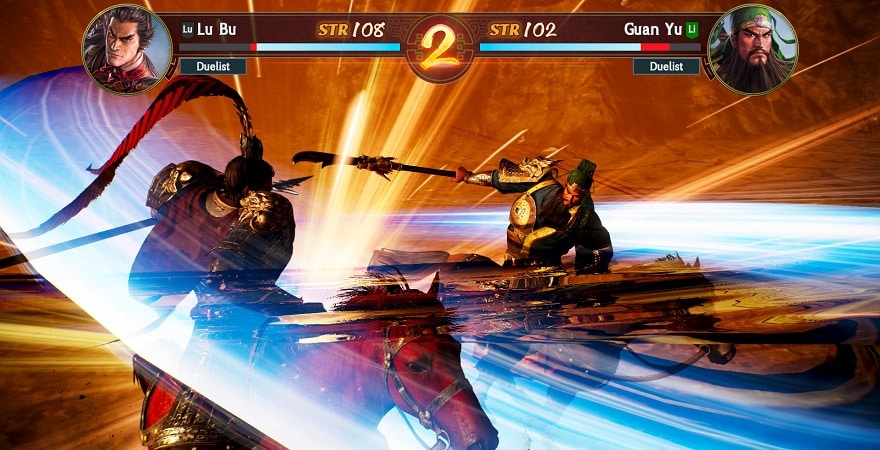 Certain officers with particular formations are allowed to use siege weapons like catapults, siege towers or battling rams as well as various ships when it comes to naval battles, and others are more skilled in administering your lands. Create a balance of military and economy on your territory with over 1000  different to hire officers, as skillful battle planning is only one step on the path to victory.

When you send your troops into the battlefield the special “Duels” between the army’s officers may occur. The duels are being carried out automatically, the one that’s left with the most health points after 5 rounds wins. What happened with your officer may determine the fate of the unit they are leading since if the officer is killed, wounded of captured the morale of your troops will fall and this may lead to the annihilation of the unit. 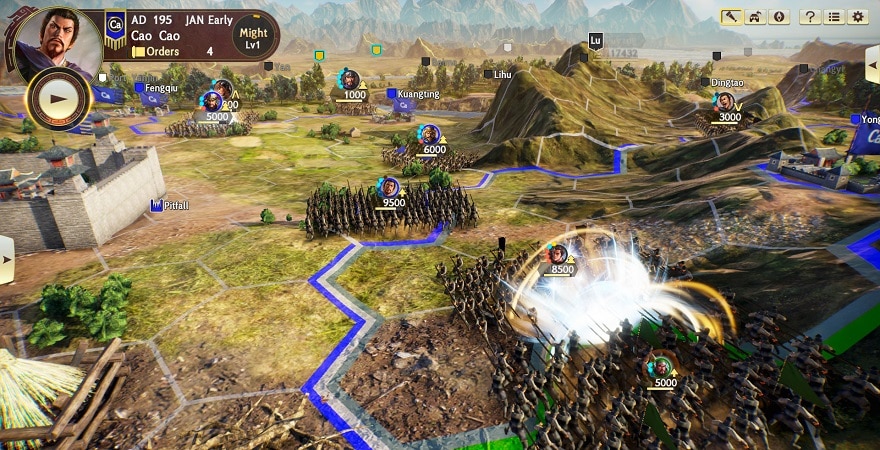 Conquering the provinces belonging to your enemy, present you with great benefits as all the resources will now support your own troops and territory. When your troops have taken over enough of the land you can then create supply lines that give your troops even greater battle advantage. The natural terrain shape can be used to gain an edge over your enemy as the strategic placement of your army may decide the outcome of the battle.

Romance of The Three Kingdoms 14 game key is meant to be activated on the Steam platform (PC).
System requirements