Ancient Relics is an expansion for a 4X grand strategy game, Stellaris. The pack includes a variety of new content, based around the subject of space archaeology. The player can dig through ancient sites in search of priceless artifacts, which can add a significant boost to the player's empire. Another new feature are new races of Precursors, which can be encounter during the exploration of space. These extinct civilizations can be studied to gain precious knowledge of the past. Despite modest offering, Ancient Relics was praised by the critics for expanding the universe and lore of Stellaris and adding new useful items.

Stellaris is a 4X grand strategy game developed by Paradox Development Studio and published by Paradox Interactive. In the game, the player controls a race of space explorers. The game begins in the year 2200 and continues from the initial space travel to galactic conquest. The player's job as the leader of their newborn empire is to expand it, forging political, economic, religious, and military structures. The game was met with many positive reviews and is continuously expanded upon adding new features and mechanics. 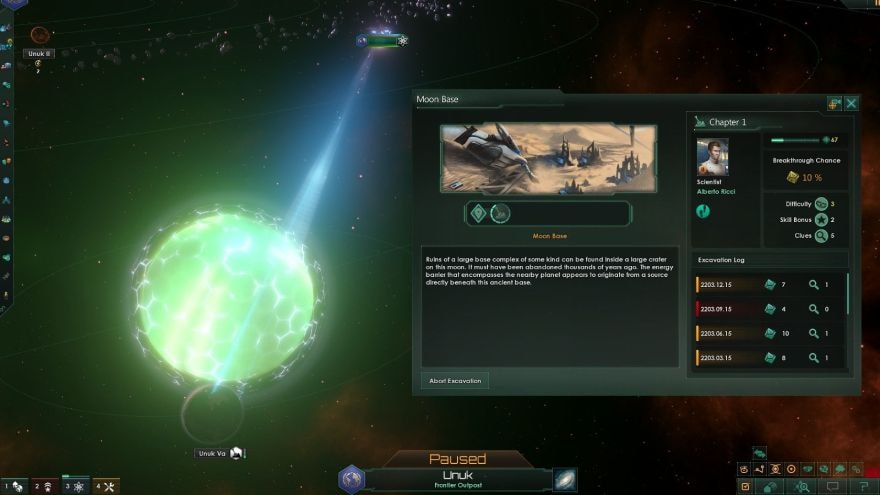 Digging in the past

Ancient Relics adds the element of archaeology to the usual space conquest mechanics of Stellaris. Thanks to this expansion, the player will be able to encounter extinct worlds, abandoned planets once teeming with life now left in ruins. These worlds can be researched and excavated for lost treasures left there by its former inhabitants. The relics, called Minor Artifacts, are helpful not only in increasing the player empire's knowledge of the past but also in adding various perks and boosts. “Learning from the past to make a better future” will soon become the player's new motto.

Those who came before

Excavate the ruins, locate artifacts, and use them to boost your galactic campaign. While exploring the ruined worlds, the player might come in contact with the signs of its former inhabitants. These civilizations, the Baol and the Zroni hide secrets that the player might want to discover. Exploring the ruins of Grunur and Zrone Prime might yield useful perks, such as the Psionics Research boost and the technology of Terrasculpting. These boosts can aid the player's empire in their quest for galactic conquest. 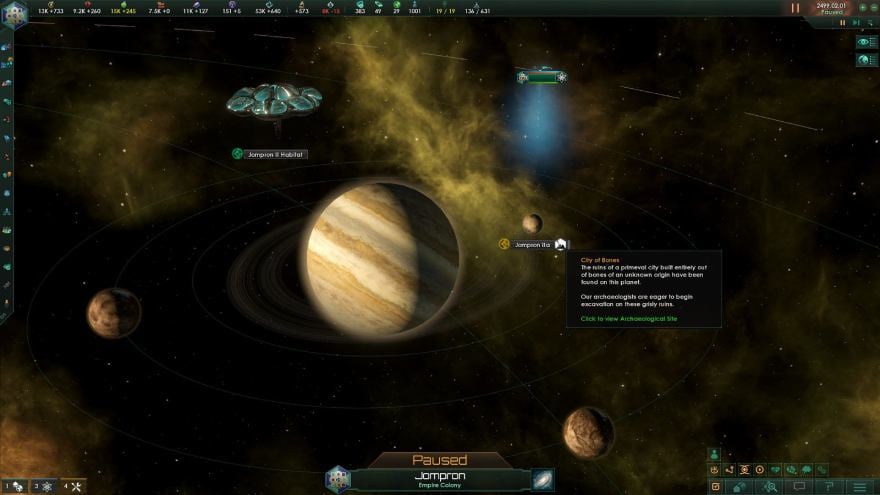 Stellaris: Ancient Relics received a positive reception from the critics. Reviewers noted that while the game did not offer a lot in terms of gameplay, the expanded universe and lore were enough to make up for it. Exploring the ruins of ancient worlds was considered an exciting venture and useful relics found on the desolate planets justify taking a break in conquering the galaxy to look for them.