While much is known of the surface of Auriga, its oceans still guard many mysteries. Weathered fortresses, certainly creations of another age, still house a secretive people called the Fomorians who serve some ancient purpose. But while the nations of Auriga learn to meet, trade, and war on the seas, another force rises from beneath them. They are -- or is? - the Morgawr, a twisted and possessed people that seem to be symbiotic creations of sea life and other, unimaginable species. It will be necessary to confront them, defy them, and understand the new powers they harness. Or, equally likely, succumb to their strength. 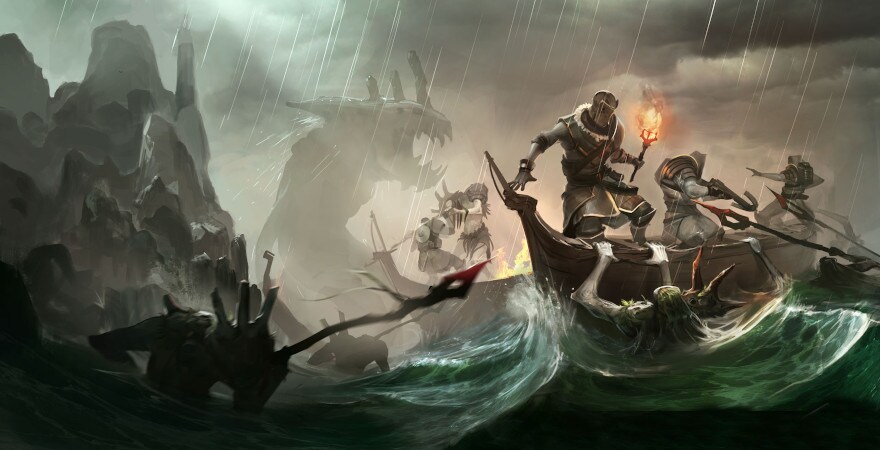 Morgawr awoke in a lab without a sense of past. An entity that is a single mind of many bodies, Morgawr has a powerful compulsion to dominate and control the minds of others in order to achieve their ultimate intent. But there are many questions that it would like to answer. Who are I? Where do I come from? What are all these strange, one-minded beings who get in our way? Why are I driven to do what I do, and how will I know that I have succeeded?This new faction will focus on controlling the seas and spreading chaos on the lands thanks to a better control of the seas using special units, mind control powers and the “Black Spot” curse cast on their enemies.

Naval battles for everyone! Players will finally be able to battle on the seas. All seaborne units can instigate and reinforce sea battles. Exotic mechanics and tile effects spice up this new type of battle! 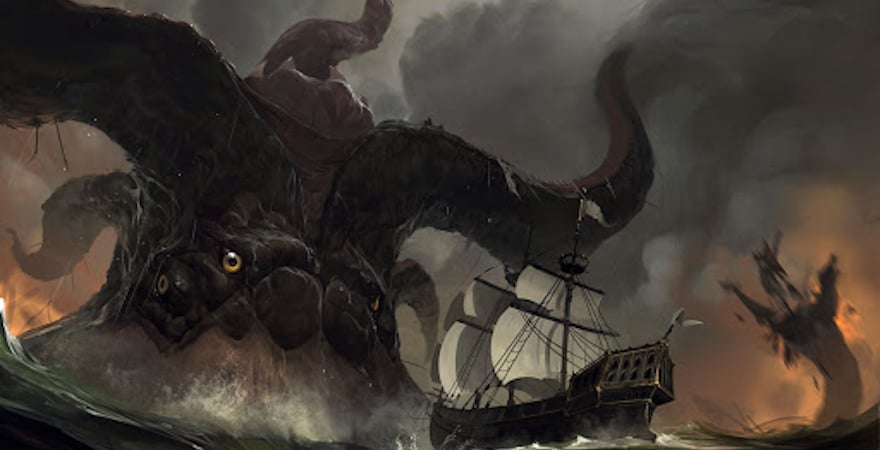 Arcane structures have emerged from beneath the waves: these Endless relics provide strategic and luxury resources as well as other bonuses to the empire able to control them. To do so, their mysterious guardians must be parlayed with or defeated in battle. The same guardians will patrol “wild” ocean regions, making them a lot less safe to cross without convoy. Expect clouds, rain and storms to appear on your map.

New generated ocean regions, including a Sea Fortress, offer strategic locations in the water for players to battle it out. These new locations will be protected by a mysterious, seldom-seen minor faction that lives in the fortresses across the sea.

"Hungering Maw" Monster of the Deep

This mouth is so large it almost seems to be some aquatic mega-plant. It is, however, certainly the jaws of some unfathomably large sea creature...This expansion also includes more than 50 new quests, over 60 new special items and 4 new music tracks produced by FlybyNo!