Europa Universalis IV: Mandate of Heaven is an expansion pack to the grand strategy video game developed by Paradox Development Studio and released by Paradox Interactive in 2013, Europa Universalis IV. The expansion pack was released in 2017. It is named after the ancient Chinese political concept and focuses on improving the gameplay related to the East Asian region by introducing new mechanics for Ming China and an ability to claim the title of the Chinese Emperor, among other features. 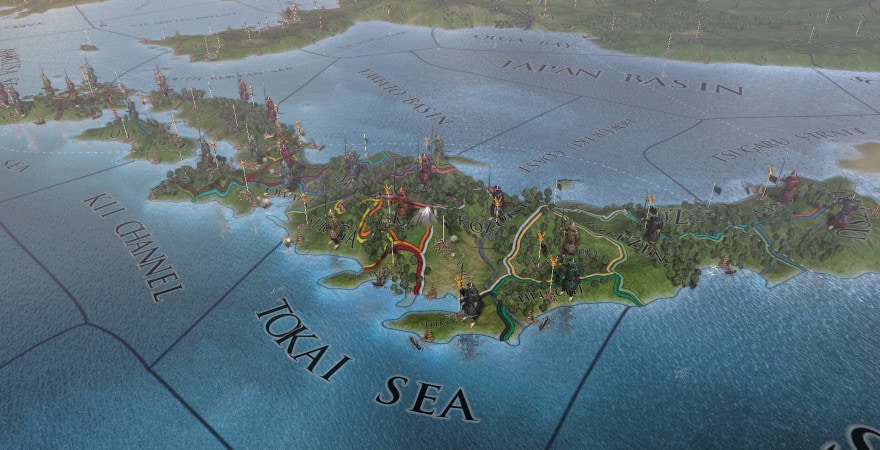 The expansion pack adds multiple new features to further increase the depth of the gameplay. The most notable ones include the new Historical Ages and Golden Eras, as well as the possibility to build the Chinese Empire. Additional features include an option to force your neighbors to pay tribute for your Chinese Empire, as well as Shogunate improvements and an option to force the enemies of Shogun to commit seppuku.

The game does not have a story. Instead, it allows you to lead one of many nations, develop it over hundreds of years, and change the course of history. There are various historical events taking place as the years pass, but it’s ultimately up to you to decide the fate of your people. 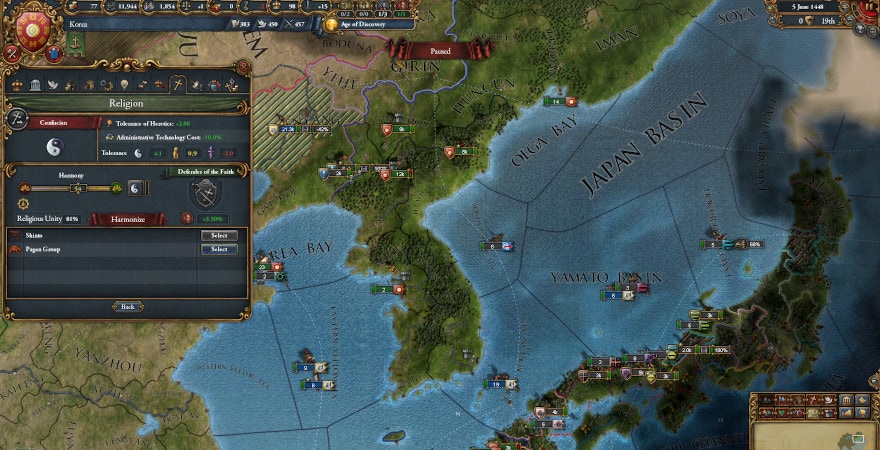 EU IV is a grand strategy video game and takes place on the map of the entire world. Players can choose their nation from over 500 available ones and develop it from 1444 to 1821 by taking care of the administrative, military, and diplomatic aspects. Each nation owns a certain number of provinces, each contributing negatively or positively to the nation’s overall power.

Players may declare wars and fight to take over new provinces. They can also form alliances, trade with other nations, spread religions, and colonize new territories. While a powerful army is important, diplomacy plays a key role when it comes to the nation’s survival.

EU4 Mandate of Heaven received positive reviews. Reviewers praised new gameplay options, pointing at the new diplomacy options in the build menu, referred to as the Diplomatic Macrobuilder, and the polished AI. They also liked the fact that the expansion drastically improves the gameplay for Eastern Asia, especially China and Japan.

Warning! This DLC requires the base game Europa Universalis IV on Steam in order to play.
System requirements