Jump Force is a 3D fighting game developed by Spike Chunsoft and published by Bandai Namco. It was released in February 2019. Jump Force is a crossover between various manga serialized in Shonen Jump, and features many of its most recognizable characters, like Goku, Naruto, Kenshin or Luffy. The game was released of Weekly Shonen Jump’s 50th-anniversary celebration.

Jump Force pits two teams of three fighters against each other. The player controls one of the characters while the remaining two serve as support, jumping in during the fight to assist with special attacks or combos. The player can switch the controlled character on the fly. The battles are divided into rounds and the first to win two rounds is declared a victor.

Combat follows in the footsteps of previous Shonen Jump’s fighting game, J-Stars Victory VS. Fights take place in 3D arenas, with players able to freely move around them. During the battle, a mechanic called “Area Change” can be triggered, which causes both characters to move to another stage in a cinematic cutscene. 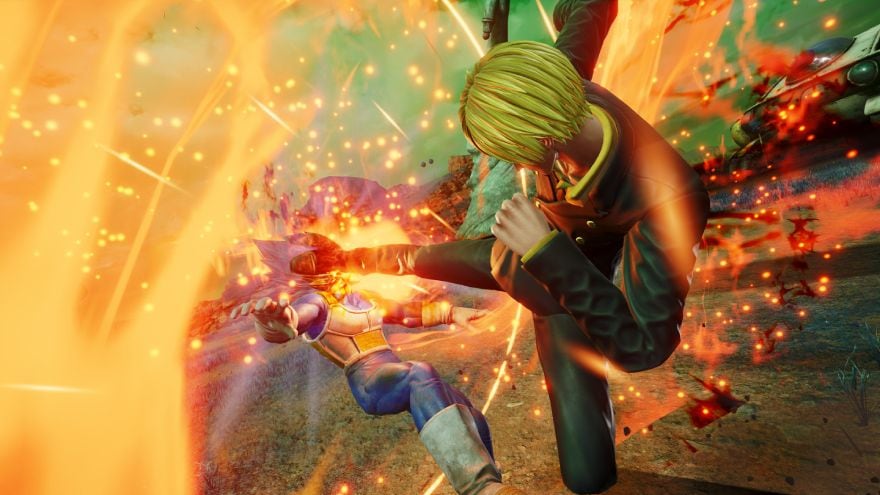 Each character has a specific set of combos to unleash on their opponents as well as some special attacks. These are devastating moves that deal a lot of damage and include the likes of Goku’s Kamehameha and Genki Dama Spirit Bomb, Vegeta’s Final Flash, Naruto’s Rasengan or Tailed Beast Bomb.

Jump Force’s character creation allows players to customize their own character to serve as their avatar during the story mode. While creating their character, players can decide on such features as body type, hairstyle, shape of the eyes, ears, nose and mouth, special features like tattoos and scars, as well as character’s voice. Game allows facing off against other players in local and online multiplayer.

During Goku and Frieza’s fight in New York City, one of the civilians is wounded by Frieza’s energy blast. Using a device called umbras cube, Trunks heals the civilian, who receives superhuman powers. After Frieza departs. Goku and Trunks take the civilian to their headquarters, where they are informed that the world of Shonen Jump characters and ours have begun to merge. Villains of the Jump universe use their umbras cubes to turn humans into evil beings called Venoms. 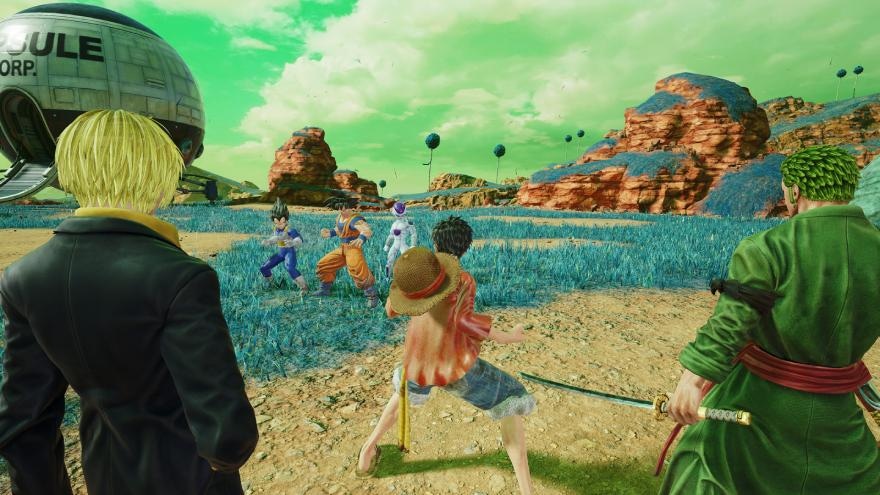 To counter that threat, Jump Force, a squadron of JUMP series heroes, was established. Squadron is divided into three sub-groups: Alpha, Beta and Gamma, lead by Goku, Monkey D. Luffy and Naruto Uzumaki, respectively. The civilian – players’ character in the game – decides which team to join and help the Jump heroes save both our and their world.

Video Game features over 40 playable characters from various Shonen Jump series, such as: Ichigo Kurosaki from Bleach, Son Goku, Vegeta and Cell from Dragon Ball, Kenshiro from the Fist of the North Star, Jotaro Kujo and Dio Brando from JoJo’s Bizarre Adventure, Izuku Midoriya from My Hero Academia, Naruto Uzumaki and Sasuke Uchiha from Naruto, Monkey D. Luffy and Roronoa Zoro from One Piece, Himura Kenshin from Rurouni Kenshin, Pegasus Seiya and Dragon Shiryū from Saint Seiya, and Yugi Muto/Yami Yugi from Yu-Gi-Oh! 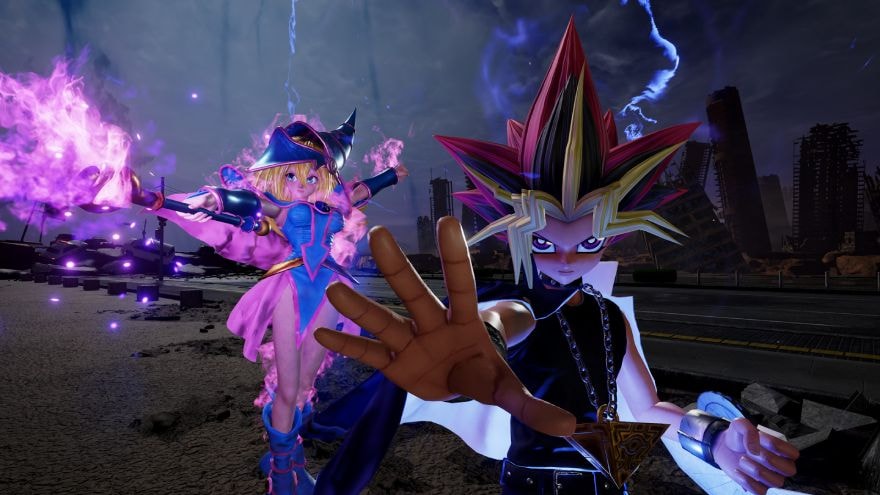 Jump Force received decent reviews from critics and fans. Among strong points of the game, they mentioned the fanservice potential of creating match-ups of player’s favorite characters from Shonen Jump series. Large character roster was another point for which, received high praise, as well as a general sense of fun coming from the gameplay.

JUMP FORCE (PC) for Steam platform is a digital product – no box included.Warning! This product is region-locked, it cannot be activated and played in the region of Japan.
System requirements