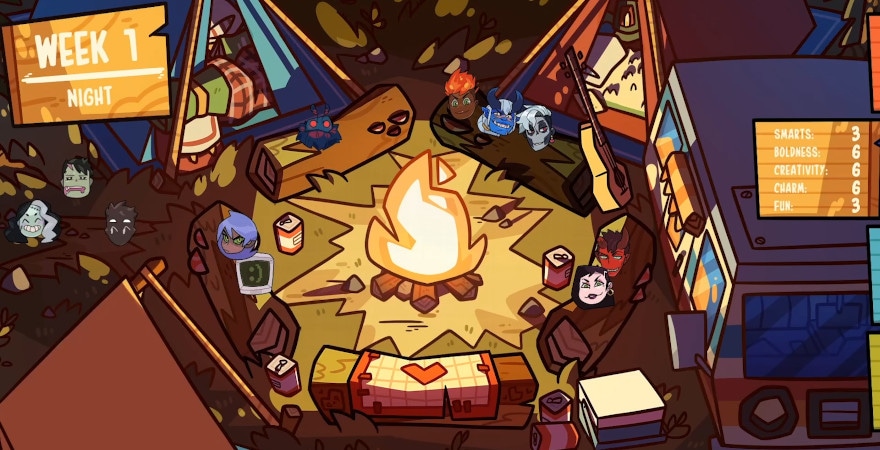 The sequel brings you into a new setup (summer camp) with new characters to romance, including old faces and new ones: Damien, Calculester, Milo, Dahlia, Joy and Aaravi. But that's not all, Monster Camp comes with twists here and there: from the campfire mechanics to a new stage full of magic mixed drinks. We're repeating the best from the popular "Monster Prom" formula, but adding some new spices to it. You will see.