Enjoy 3 games from the NINJA GAIDEN series in this one title.

Each title is still just as fun as you remember while providing the same high speed action of the original releases. Look forward to heated battles with fearsome opponents!

In addition to Ryu Hayabusa, 4 other characters, Ayane, Rachel, Momiji, and Kasumi, are also playable. You can create a tag team with your favorite characters and freely swap out the playable character during battles.

The heroines included in this title are the same as the original versions. In addition, the characters that are playable and scenes (modes) vary for each title.

All of the previously released game modes and DLC costumes for each title are included in this one set. In addition to Ryu Hayabusa, each of the other characters also have many different costumes to choose from, allowing you to enjoy action packed battles in whichever outfit you prefer. 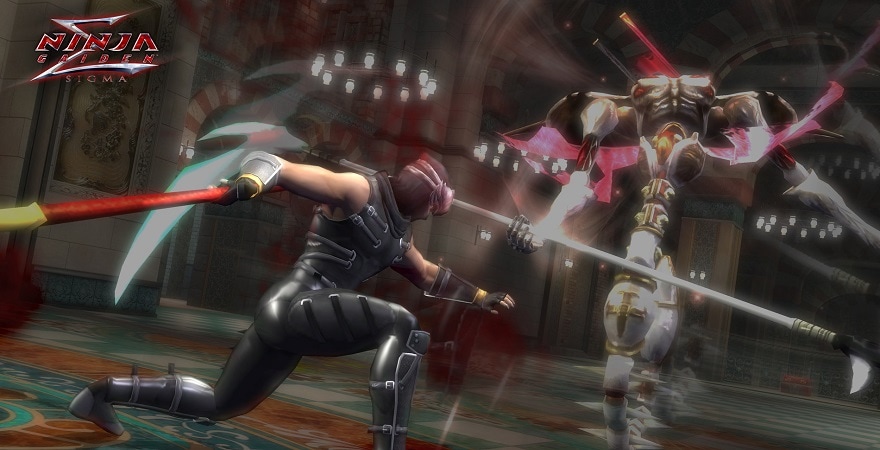 In addition to being able to pull off unmatched dazzling techniques with "Ryu Hayabusa", a young ninja who has inherited the ninja arts of the Hayabusa style, with beautiful stages in a westernized Japan embellished with spirit-world motifs, and more, the game is packed with features that are a must-play for any fan of action games.

■ The epic story can easily be enjoyed with "Hero Mode"

When you select the difficulty setting "Hero Mode", Hero Mode is triggered when your health becomes low. With Hero Mode, you will guard and evade automatically, and can unleash ninpo as much as you want. Even casual action gamers will be able to feel the heroic thrill of escaping a pinch to turn the tables on the enemy and advance the game. Needless to say, difficulty modes that will satisfy hard-core gamers are also included. 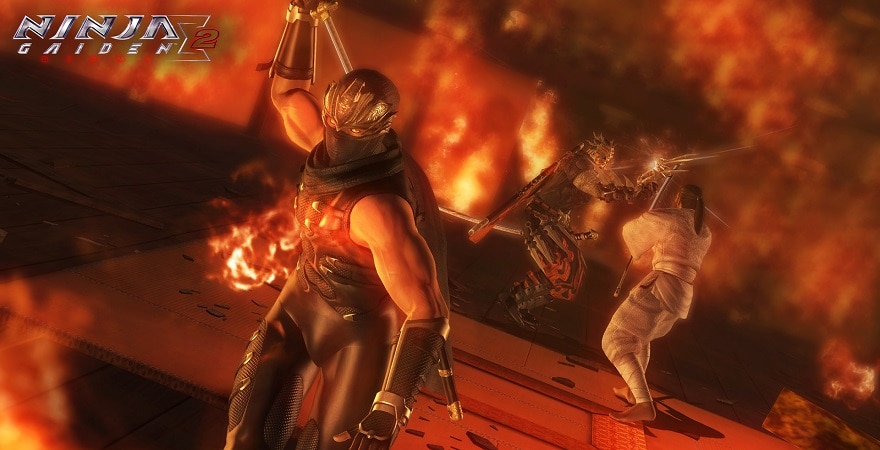 Become Ryu Hayabusa, the ninja who inherited the "Dragon Sword", a legendary blade, and once again experience high-speed ninja action in which you face battles all over the world. The game is also packed with additional features such as "Hero Mode", a mode in which the player will guard automatically when they are in a pinch.

■ In "NINJA RACE", life or death depends on speed

"NINJA RACE" is a mode in which you must race across the map within the time limit while fighting high-speed battles. In this mode, the number of enemies you defeat in succession is counted as your "CHAIN", and by stringing together a high chain, your attack power will increase dramatically. Also, you can pick up speed-up and time increasing items along the way, so attacking non-stop, defeating enemies as fast as possible, and gathering items will be essential to your strategy.

■ Along with Hayabusa, 3 heroines dazzlingly dash about the battlefield

Heroines from the "NINJA GAIDEN" series, "Ayane", "Rachel", and "Momiji" appear as playable characters. With "TAG MISSIONS", players can select 2 characters from among Hayabusa and the 3 heroines, allowing them to switch between 2 playable characters as they complete their mission. 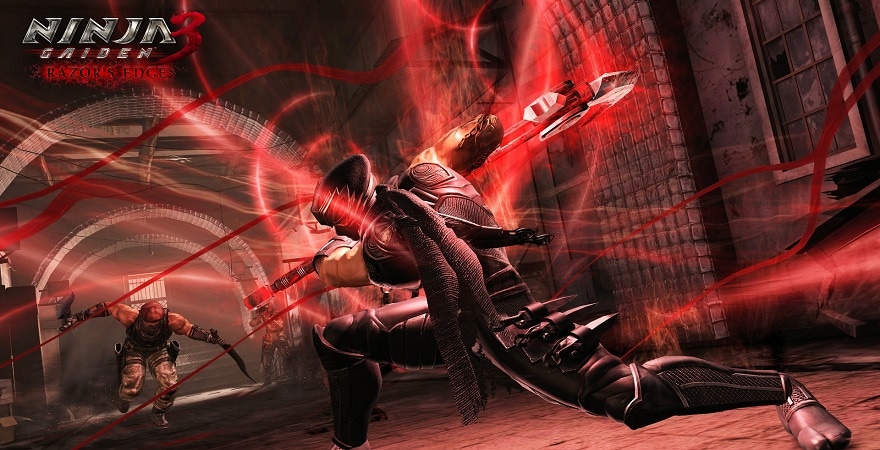 The ultimate high-speed ninja action has returned! The game offers both extreme "challenge", along with an equally extreme "sense of accomplishment". Experience the series' most alluring high-speed action.

■ In addition to Ryu Hayabusa, Ayane, Kasumi, and Momiji join the battle!

In addition to main character "Ryu Hayabusa", the 3 female ninjas "Ayane", "Kasumi", and "Momiji" can be used as playable characters. And they aren't limited to just the "Chapter Challenge" story missions - the 3 characters can also be used in "NINJA TRIALS". Also, "NINJA GAIDEN" series heroine Ayane has a dedicated story.

■ Thrilling battles where you must be constantly alert

"Tests of Valor", a special phase for series fans who want to enjoy battles even further, have been included. In each chapter, there are hidden skulls that serve as gates to "Test of Valor" areas. By stepping foot onto these areas, battles will occur where players must face the fiercest and strongest enemies from the "NINJA GAIDEN" series.

By collecting hidden "Golden Scarabs", using "Karma" collected in battles, and more, players can unlock new weapons and ninpo to upgrade their characters. Of course, upgrades you have applied can be carried over for 2nd and successive playthroughs. Among moves that can be unlocked, there are moves that are new to the series, such as "Cicada Surge", which allows you to dodge any enemy attack, "Meditation", which allows you to consume your Ki gauge to recover health, and more.