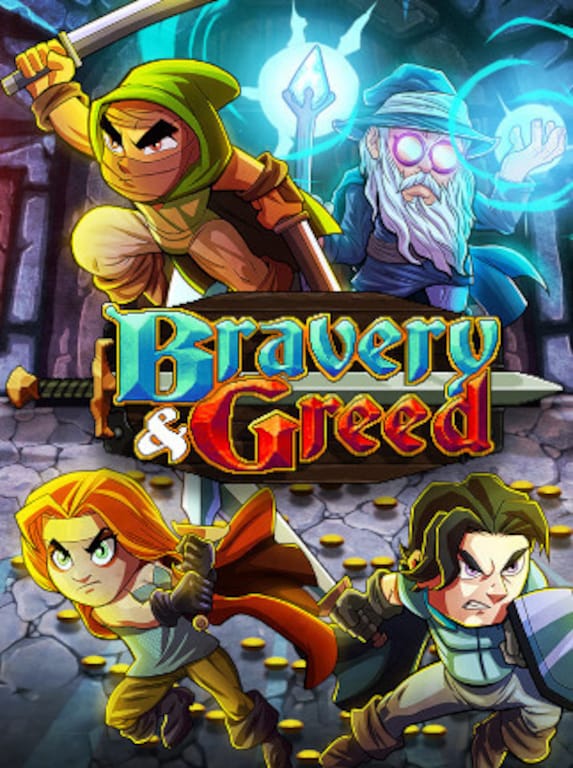 Bravery and Greed is a beat 'em up, roguelite, dungeon brawler for up to four players. Choose from four classic fantasy classes, engage in a deep robust combat system, and play a variety of co-operative and competitive g ...