Lead your soldiers to glory in Company of Heroes 2 and become a hero of war in one of the most realistic RTS video games of all time. CoH 2 is a unique Real-Time Strategy experience that will make every player feel like a true soldier fighting in the eastern front.

The Eastern Front is something everyone wants to forget. People turning into demons, loss of humanity and lack of hope. It was hell on Earth and Company of Heroes 2 wants to show this as accurate as possible. You are Lev Abramovich Isakovich, a Soviet army lieutenant who was locked in prison in Siberia. An army officer interrogates you and you tell the story, which is presented in eighteen different missions. 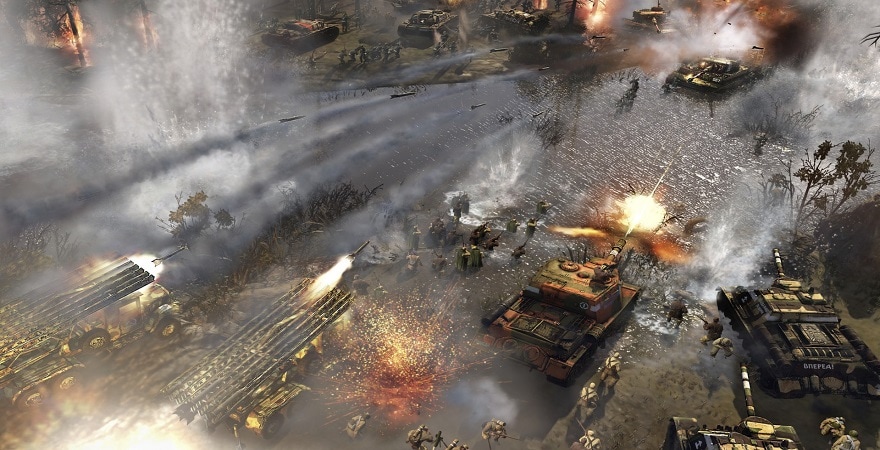 The Third Reich army is your main enemy but soon you're going to learn, that they are not the only one. Harsh, Russian winter might kill your soldiers as fast as bullets. Furthermore, your officers are using morally questionable tactics. You cannot fall back. For generals it equals desertion, thus you're going to be shot immediately by your own comrades. Eastern Front is going to show you how does the horror of war really look like.

You're going to see your soldiers being killed only because they tried to save you. You're going to be forced to burn houses with villagers inside. Death and decay is going to follow your each step. The horror of war was never so close before. Are you ready to face it?

Company of Heroes 2 is a realistic RTS

While the RTS genre is slowly dying, pushed out by other types of strategic games, Company of Heroes 2 shows that it is still possible to create a modern RTS. Thanks to Essence 3.0 engine and the TrueSight. Thanks to TrueSight each unit has an individual sight which is based on many factors. The weather, environment, position of your troops or even type of the unit has a huge influence on the sight. If you want to win your battles, then you have to take this aspect into consideration. 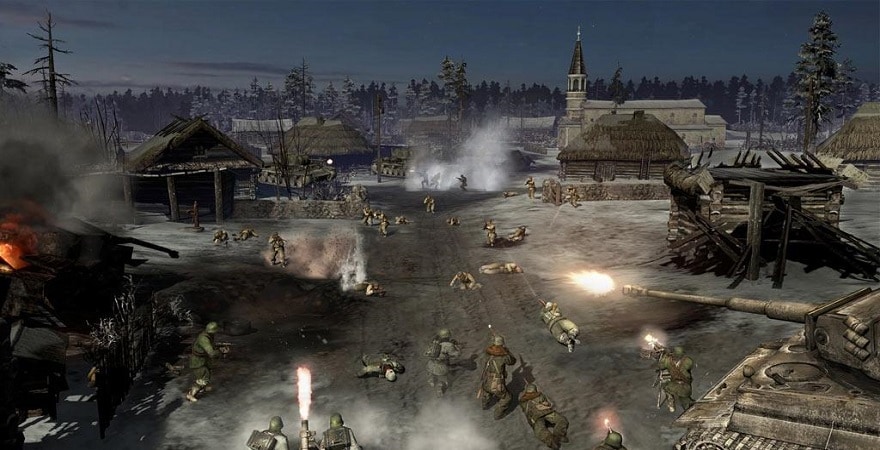 Essence 3.0, on the other hand, gives you a possibility to destroy almost everything. Enemy troops are hiding in the church and you are not able to get close due to snipers? Well, then use your tanks to simply destroy the building, thus killing all enemies inside. Break the walls, blow up bridges, leave artillery holes in the middle of the battlefield. You can even burn up the ice, to sink the enemy’s tank. The environment is your friend in this game. Use it to gain the advantage during a battle.

Company of Heroes 2 All Out War Edition Includes:
System requirements