Days Gone is an open-world action-adventure/survival horror game developed by Bend Studio - the developers behind the classic Syphon Filter series and Uncharted: Golden Abyss. In the game, the player will face the terrors of a post-apocalyptic Pacific Northwest after a global pandemic turns most of the Earth's population into violent, zombie-like creatures. The player controls Deacon St. John, a former soldier-turned-drifter/mercenary. Throughout the game, Deacon will encounter various characters, both friendly and hostile. Gameplay features focus on exploration and combat, both open and stealth. The game was met with a solid reception, with critics praising the game's enemy and survival mechanics.

In 2017, a mysterious virus has turned a large portion of Earth's populace into mindless, aggressive monsters called "Freakers." As the nation collapsed, various factions took over swaths of land, imposing their own rules. Living outside these self-made governments are drifters - mercenaries and bounty hunters who stay out of sight of the powers-that-be. One of them is Deacon St. John, an ex-military who travels the roads of the Pacific Northwest, trying to survive in a hostile environment. When he learns that his wife Sarah, long presumed to be dead, might still be alive, he embarks on a journey to reunite with her. 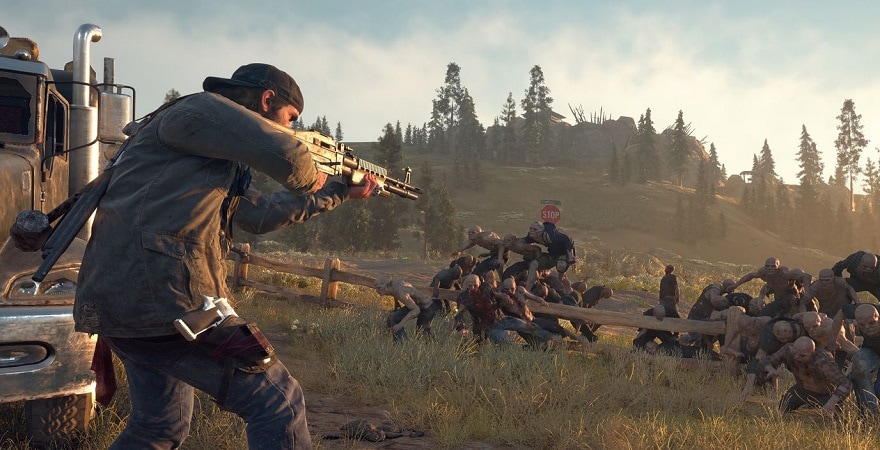 The action of DG is set in the Pacific Northwest - the region of the United States known for its forests and mountainous areas. The player will get to explore most of it, thanks to the open-world mechanics of the game. Exploring abandoned houses and other locations, the player will find various resources necessary for survival in the harsh environment. Using said resources, the player will be able to craft items or repair weapons. The player's given a choice to use either melee weapons or several types of firearms. They can also use explosives such as Molotovs and proximity bombs.

The world of Days Gone is vast, and traversing it on foot would be a tall order even for an experienced survivor like Deacon. This is why the player travels around the map on the motorcycle. The machine, much like other elements of St. John's equipment, can be upgraded with found resources. This allows the player to increase its durability and maneuverability, among others. The motorcycle also serves as an inventory where the player can keep all necessary items. 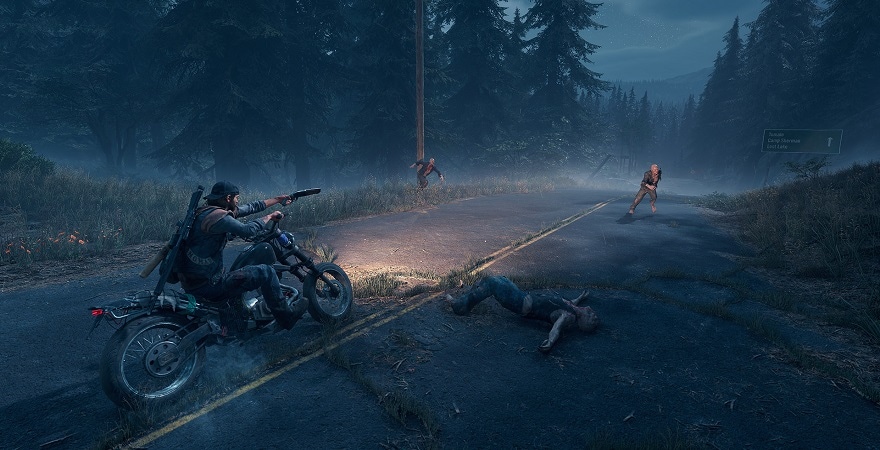 An important feature of Days Gone are its enemies. Freakers are aggressive and violent, often moving in massive hordes. They are divided into several categories based on their speed and strength. Freakers behave differently during the day than during the night when they become more aggressive and chase the player in groups. Other than the Freakers, the player will encounter human enemies - other drifters, mercenaries, local militias, and leftovers of the military. The player can choose how to approach encounters with these enemies - go in guns blazing or deal with them silently through stealth.

Days Gone was met with a mostly positive reception from the critics. Reviews praised the diverse combat gameplay of the game, which incorporated stealth and open combat in equal measure. The enemy mechanics, especially the zombie hordes and different behaviors of the Freakers during the night and day, were also noted. Another feature praised by the critics was the survival aspect, which forced the players to carefully consider spending limited resources.

Days Gone key is meant to be activated on the Steam platform.
System requirements