Humanity enjoyed long years of prosperity and the civilization of mankind flourished. After discovering some mysterious artifacts on Mars, people were able to learn and develop new technologies, allowing mankind to make tremendous progress in a variety of fields of research, ultimately leading to discovering and understanding mass relays – ancient devices that make faster-than-light travel possible.

This allowed mankind to finally meet other intelligent races and join them in an effort to keep the galaxy safe. Commander Shepard is the first human to become a member of the interracial Special Tactics and Reconnaissance forces tasked with dealing with the most troublesome matters. However, soon enough his resourcefulness will be put to the test – a mysterious threat is coming from the deepest parts of space and it has to be urgently dealt with. 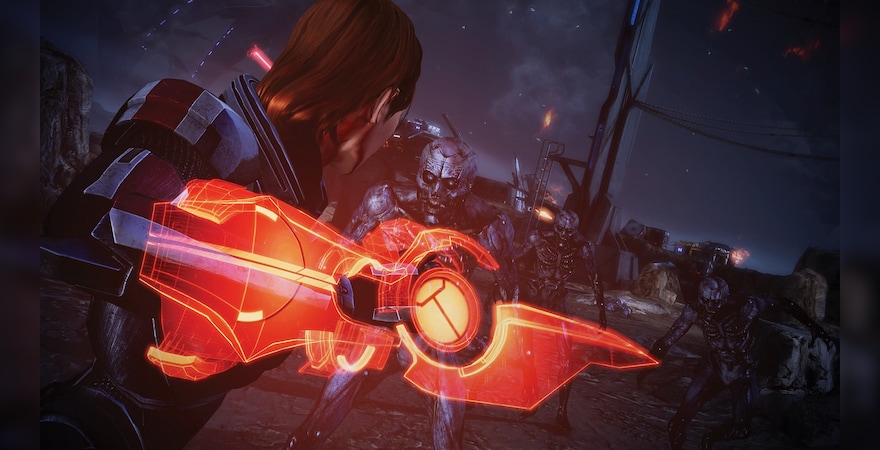 Enjoy the entire Mass Effect remastered trilogy and follow the story of Commander Shepard as he tries to deal with an incoming danger that threatens the existence of all intelligent beings. The legendary edition of a sci-fi trilogy published by Electronic Arts includes single-player base content and over 40 DLC from Mass Effect games, as well as some additional exclusive promo items, such as weapons, armors, and packs.

In Mass Effect the decisions you make will have consequences. Take responsibility for your own choices, either good or bad, and keep in mind that some decisions will even change the outcome of certain events in the next games. Mass Effect trilogy remaster allows you to import your save files from previous games to the next ones, greatly improving immersion and the entire role-play experience. Bioware’s Mass Effect also has a morality system – it’s up to you to decide if you want to be more of a paragon or more of a renegade. 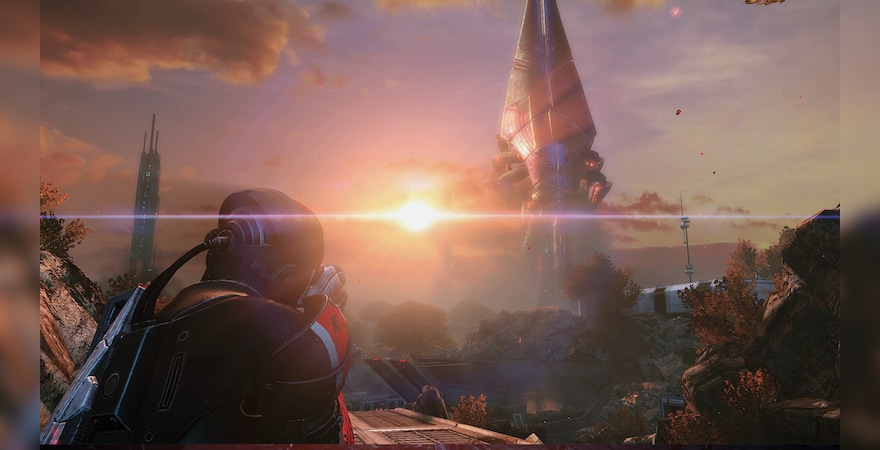 Mass Effect Legendary Edition is not only about convenience and being able to get instant access to the collection of Mass Effect trilogy and its most important DLCs, but also about technical improvements, visual enhancements, and gameplay adjustments. All three games were remastered and upgraded, meaning that now you can enjoy them in 4K ultra HD resolution. Appreciate the game’s gorgeous landscapes and stunning effects in a way that was not available before. Bigger, better, more detailed – Mass Effect returns with style, so get ready for a ride you won’t soon forget.