The first Outlast was a disturbing trip through a dilapidated mental hospital. Now in Outlast 2 (PC) you will visit the cornfields of Arizona where a doomsday cult controls a village in the middle of nowhere. Disturbing imagery, unsettling sound design, and a feeling of hopelessness make Outlast 2 a rightful successor to the first game's legacy.

The story out of classic horror movies

The Langermanns is a married couple of investigative reporters following the story of mysterious murders they traced back to a village on the Sonora desert. But everything went awry when their helicopter crashes and Lynn Langermann goes missing, leaving Blake to find her while staying alive. What he discovers and understands of the madness around him is up to the player to see.

And humans may not be the only things hiding in the dark. 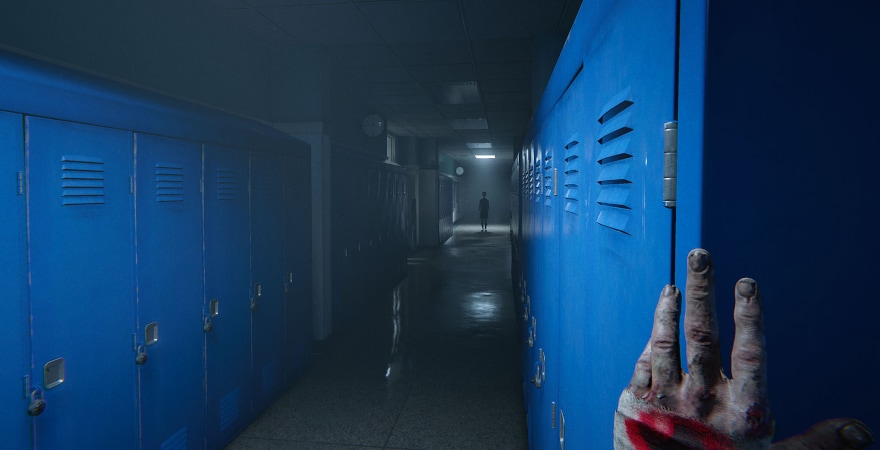 Outlast 2 continues the gameplay style of its predecessor. Blake is not a fighter, but a professional cameraman. Don't expect to be a hero dealing justice. Watch the world through your camera's night vision mode, but remember to scavenge for batteries. Blake's camera is very good, but sometimes maybe it's better not to see what crawls in the dark.Can you stay away from your pursuers, understand the village's mystery, and find your wife before all is too late?

Outlast 2 has masterfully crafted graphics to let you see in perfect detail the horrors of the village in Arizona. Every apparition, scuttling terror, and hostile cultist looks real and even more disturbing.The sound supports the visuals, creating an eerie atmosphere with just enough sound to keep the player alert. Are you brave enough to play Outlast 2 with your headphones on and you handle the screams of terror, eerie whispers and the breath of things that must be directly behind you?

The Red Barrels studio holds no punches. Outlast 2 is set in a half-forgotten American village controlled by a cult believing the end of days is upon them. The burning crosses, defaced Catholic schools and satanistic imagery set the main theme of the Outlast 2 experience and create a consistently unsettling atmosphere.Deciphering the meaning behind all the images will not be easy, and may be more terrifying than staying in the dark. Ignorance is bliss when knowledge reveals things you may not be able to handle.

Outlast 2 is a sequel to 2013 critically acclaimed game. Instead of a rundown mental hospital this time the players are tasked with uncovering a series of mysterious murders as Blake and Lynn Langermanns, investigative reporters. What lies behind the doomsday cult running the village?

Outlast 2 (PC) for Steam platform is a digital product – no box included. The price applies to a digital version of the product.
System requirements