Serious Sam 4 is a prequel to the released in 2011 game, Serious Sam 3: BFE. The main element of the gameplay is fighting with huge numbers of enemies during spectacular encounters. SS4 was developed by the creators of the whole series, Croatian studio Croteam. 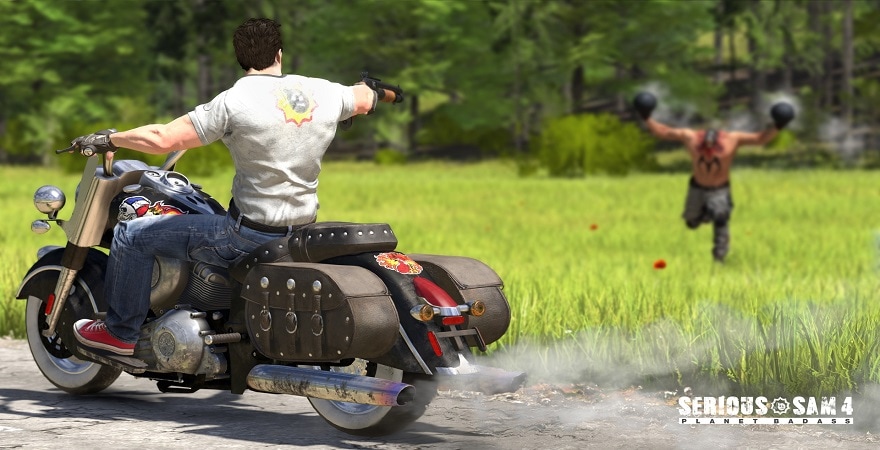 Serious Sam 4: Planet Badass is the next installment of the classic first-person shooters started by Croteam in 2001. Like in the previous Serious Sam games, players step into the role of the titular badass, getting a chance to use a variety of traditional and imaginative weapons to eliminate hordes of enemies. Thanks to the advanced Serious Engine 4 the game looks better than ever, and motion capture technology was used to make more dynamic, lively animations showing through in gameplay and cutscenes.

The story has never been the most important part of the series, and that hasn’t changed in Serious Sam 4, but cooperation with Jonas Kyratzes (of The Talos Principle fame) made the plot a lot more engaging. SS4 is a prequel to Serious Sam 3, in which the titular character fought the forces of the galactic overlord, Mental, in futuristic Egypt. Planet Badass shows us the early stages of the invasion and gives a closer insight into its beginning.

As an old-school shooter, Serious Sam 4 puts us close to the action through the first-person perspective view, letting us be immersed in both guts and glory as we mow down enemies with our arsenal of devastating weapons. The series’ latest installment features a lot of weapons of all shapes, sizes, and functions, including classic shotguns and rifles, as well as outlandish tools like the XL2 Lasergun. As the players progress through the game and the story they’ll unlock powerful upgrades providing new ways to deal with enemy hordes. Most of the time players will have to bob and weave their way through large numbers of hostile aliens, mutants, and beasts. 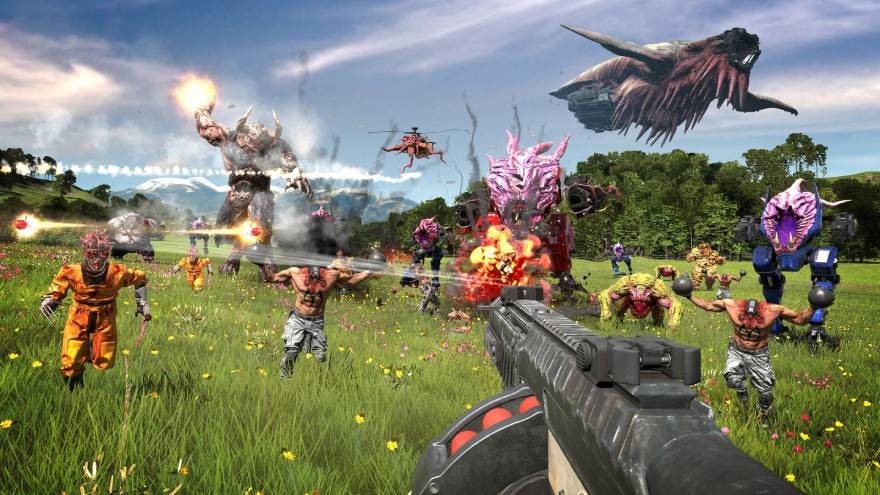 Your campaign against Mental will reintroduce you to familiar faces like Headless Kamikaze, Kleers, Werebulls, and Beheaded Rocketeers, but there are also new heads to evaporate, such as Zealot and the Processed, deadly in close quarters. Thanks to the Legion System, developed by Croteam, players can find themselves fighting with up to ten thousand of enemies at a time. In addition to singleplayer, Serious Sam 4 features a cooperative multiplayer mode, allowing players to team up for the main campaign or a lot of side missions. What’s important, the game adjusts the difficulty level depending on the number of players, to provide a balanced gameplay experience.