Shadow Tactics: Blades of the Shogun is a real-time strategy game with the elements of stealth from Mimimi Productions, published by Daedalic Entertainment. Drawing inspiration from such titles as Commandos and Desperados, Shadow Tactics features five different characters who become members of the player's team. Each of them has different abilities that can be used to achieve different goals in accomplishing the mission. ST is set in Japan, during the Edo period. A mighty Shogun has unified the country, but a revolt led by mysterious Kage-sama threatens the union, The shogun sends his best samurai to stop the warlord's plot. Blades of the Shogun received critical acclaim and was favorably compared to the games that inspired it.

A blend of stealth and RTS gameplay

ST: BotS draws heavily on the success of classic, stealth-based RTS games, like Commandos and Desperados. The player is given a team of specialized heroes, and with them, they complete various missions, set in open areas patrolled by enemies. The opponents have a specific field of vision, marked by a green cone. If one of the characters is noticed, the cone changes color to orange and red, giving the player a small time window to react.

The player has a free choice on how to accomplish the mission's objectives. These objectives involve killing special targets, rescuing an ally, stealing items, etc. 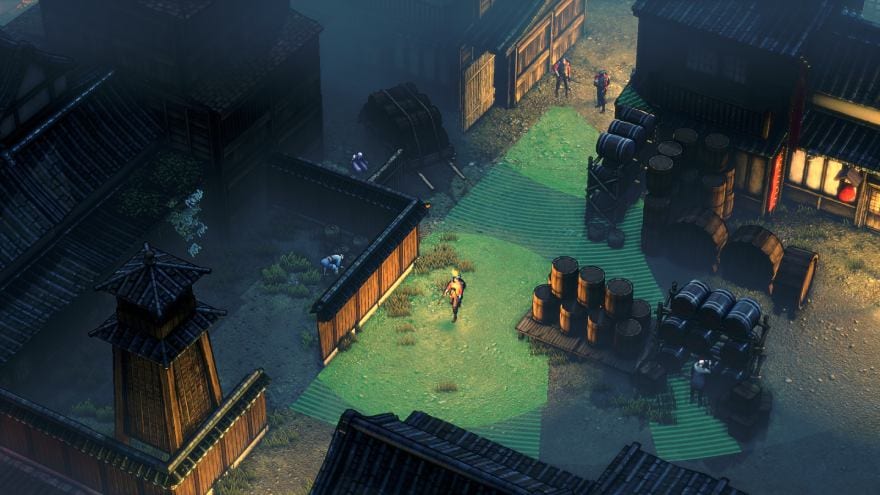 The heroes of Shadow Tactics are:

The story of five warriors

In Japan, during the Edo period, a powerful Shogun manages to unify the country under his banner. The peace doesn't last long, as the shogun's rule is contested by the warlord Kage-sama, who threatens to throw the nation into another civil war. To avoid further bloodshed, the shogun sends his best samurai, Oshiro Mugen, to kill the warlord. Along the way, Mugen recruits a team of skilled warriors. Together, they will venture into Kage-sama's territory on a secretive quest to end his life and restore peace and stability in the land.

Shadow Tactics: Blades of the Shogun received a positive reception from the critics. The reviewers noted the similarities between this game and previous stealth-oriented real-time strategies, saying that ST managed to continue the traditions started by Commandos and Desperados. The critics also praised gameplay, graphics, and level design.