The Payday Gang is in Tijuana, Mexico, preparing a daring dawn raid against a police station. Infiltrate or storm the fort

The DLC consists of a one-day heist taking place in the outskirts of Tijuana, Mexico, where the Payday Gang needs to rescue an ally that got caught by the cops during the latest bank heist.The heist sees the gang once again confronted by the Mexican federal police, as they hit a fortified police station to break their friend out. 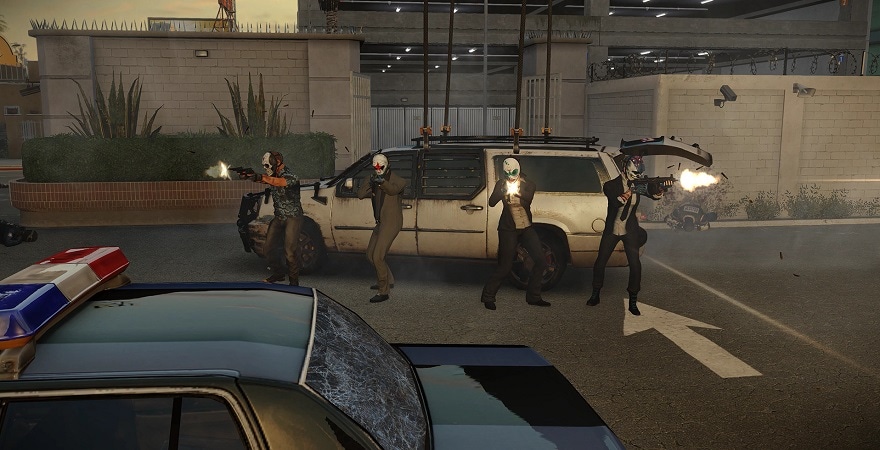 The heist is available in both stealth and loud, and has a variety of preplanning options to allow players to customize their approach.

This DLC is also part of the Breakfast in Tijuana Bundle.

This content requires the base game PAYDAY 2 on Steam in order to play.
System requirements