The Forest is a unique survival horror video game initially released by Endnight Games in 2014. The game soon became easily one of the best survival horror simulators up-to-date, available on many platforms. PC game version was released on April 2018 and since then was improving in the long run, still developed and supported by the small, yet ambitious studio. 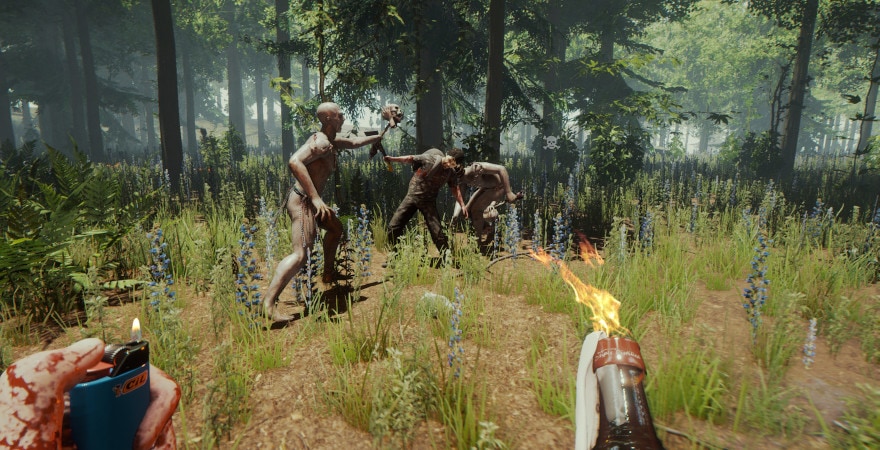 Survival on the deserted island is already hard enough, yet the forsaken place hides an even more terrifying challenge. Soon as the sun descends below the treeline at dusk, the seemingly peaceful forest reveals its dark secret, as the tribe of human-like mutants begins its advance towards your shelter. Are you going to become a hunter or prey?

The open world of The Forest is almost fully interactive. With the variety of crafted tools, you can cut down any tree or plant you can see to create new tools and constantly improve your wooden safe house against the night's invasions of the mysterious mutants. The fights are intensive and gore and the enemies are as frightening as they are demanding. The mutants act erratically, either watching you from the distance and keeping you in thrilling suspense or suddenly surprising you with use of their group's intelligent tactics. 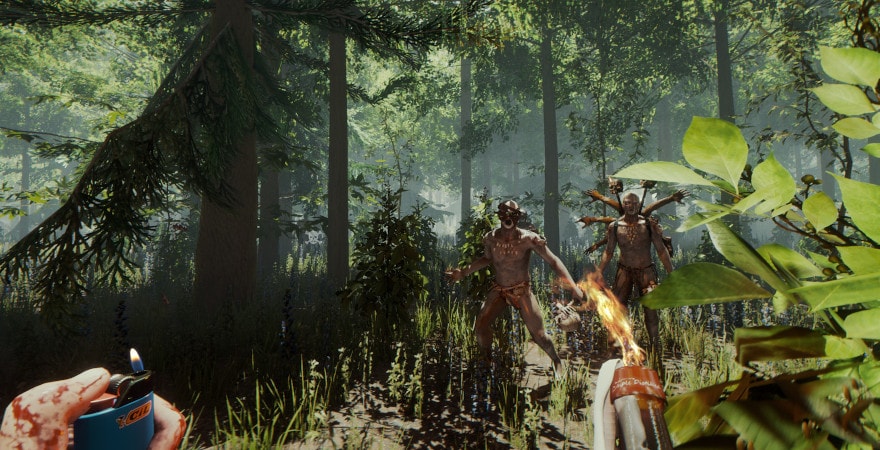 Game modes in The Forest game

As the player, you have a great dose of freedom in how fast and effectively you are going to unravel the blood-thirsty tribe's story and protect your new home against the inevitable invasion to survive another dawn.

Aside of trying to survive alone, you can take part in up to 8 players co-operative against the horror of the night, which adds a new layer to the gameplay and makes it even more challenging to master.

Being just the second title of the studio, The Forest for PC is already renowned for the best quality player experience and immersion into the story, with powerful open world gameplay features. What is being praised the most in the game, however, is its unearthly spooky atmosphere. It's easy to lose yourself in the simulator's beautiful location of the deserted island filled with vast forest and deep caves, both dripping with echoing whispers of the jungle's dark secrets.

Note: The Forest (PC GAME) for STEAM is a digital product - no box delivery. The price applies to a digital version of the product.
Warning!: This product is region locked and CAN NOT be activated in following countries: Germany, Australia.
System requirements